Synopsis: The Uncrowned Tournament continues in the eighth instalment of the Cradle series, and it may just be the best book in the series yet.

SURIEL: I don’t know what I did wrong. I’ve been around from the very beginning.
MAKIEL: Don’t worry, they all like you better than me.
SURIEL: Then why am I not in the book?
MAKIEL: It’s a long book as it is. I’m sure you would have been included if there was more space.
SURIEL: I don’t take up much space! It could have been a few pages longer. Cut some of the fights! Take out some Eithan scenes!
MAKIEL: Whoa now. Let’s not go crazy.
SURIEL: *sobs*

A little 4th wall breaking fun from the Bloopers section of Wintersteel.

I think I remember complaining Uncrowned was too short. Wintersteel more than makes up for that. And the book isn’t just long. It is also insanely packed with story.

The smallest thing I enjoyed greatly about this book might just be the reappearance of our favourite sacred turtle, along with Lindon’s sister Kelsa… and Jai Long. The glimpse into what’s happening at Sacred Valley is unsurprising, considering Book 9 seems completely headed there, but it’s just… so nice.

Now, coming to Lindon, considering the breakneck pace Will Wight has set for him, I suppose it shouldn’t be surprising that he gets himself into a battle of wills with a Monarch in pretty much the first chapter. But this is who Lindon is now… he rubs shoulders with Monarchs and beats Overladies like it’s no harder than breathing.

The badge looks the same as all the others, smooth six-sided medallions of soft wood, but there’s no picture at the center. No arrow, no scepter, no shield, no hammer. Just a symbol that Lindon recognizes from his mother’s lessons, a word in the old language. It means ’empty.’

Excerpt from Unsouled, Cradle #1 by Will Wight

The meaning of the upper echelons is now clearer. This is a journey that began in Sacred Valley – a small tribal world populated by warring clans. The hierarchies of Sacred Valley are divided into 4 horizontal categories, along with the traditional vertical hierarchy that begins at Copper and ends at Gold. Each person in Sacred Valley is either an Enforcer, a Striker, a Ruler or a Forger. These are the techniques they specialize in.

It’s only when Lindon meets Yerin and leaves behind Sacred Valley that he learns that the 4 types of techniques are ones that all sacred artists use, the individual expression of these techniques differing based on the Path chosen by the artist.

But in Sacred Valley, this holds no meaning, because Sacred Valley is a place where power is automatically dampened – something wholly unknown to its inhabitants. It is rare to see someone advance past the Iron level to Jade in Sacred Valley, and Gold is a mythical status. The entire valley is kept isolated from the rest of the world, and lives in complete ignorance.

Lindon was born with a madra deficiency. So when he showed no affinity towards any particular type of technique, he was cast aside by his own clan and branded Unsouled, or Empty.

Much has happened since Unsouled. Lindon has surpassed even the greatest dreams of his clan in Sacred Valley. With the kind of determination that caused a young outcast to create his own path when all others were denied him, he flew past Copper, Iron and Jade. With the enthusiastic support of Eithan Arelius, he practically ripped through the three levels of Gold (Lowgold, Highgold and Truegold). As he climbed each level, his allies increased in number and power, as did his enemies. He finally made it to Underlord – one of the top 16 Underlords in all the land.

As he did, his understanding of the world beyond Cradle also expanded. Some time after he met Eithan, he came to the realization that in the world outside Sacred Valley, Suriel and her ilk were actually known and recognized. By the time we come to Wintersteel, we see that the Monarchs of the land communicate with the Abidan, and that they are often the target of the Abidan’s recruitment attempts. Suriel’s promise is no longer a secret Lindon has to keep for fear of seeming insane, but rather a common goal that Eithan and his students are actively working towards.

I actually re-read Unsouled immediately after I finished reading Wintersteel, and I digress this much only to bring up Lindon’s starting point – Unsouled, or Empty, with a madra deficiency – and essentially weak as a kitten. The end of Wintersteel brings him full circle back to his true destiny – a master of the Void, i.e. the Empty.

“…what symbolizes nothingness? A blank badge looks the same as one with no Icon at all, so rather than a picture, the ancients chose to write on character.”
At Eithan’s will, lines appeared on the wintersteel badge, etching out one familiar word in teh old language: Empty.
Or, as they would say in Sacred Valley: Unsouled.

Wintersteel boasts of many classic Eithan scenes – although I’m not sure what could possibly top seamlessly ascending past two extremely advanced levels as though it was no harder than breathing. (The part where he walks into battle completely naked probably scores a close second though.)

The undeniable hero of this book, however, is Yerin. So much of the book is devoted to her for a change, and with excellent results. Yerin’s journey began a long time ago with both the Blood Shadow and her erstwhile master, the Sage of the Endless Sword. In Wintersteel, these paths fight for control of her destiny as she seeks deeper insight into who she is.

The icing on an already fabulous cake are the fights. The battle scenes in Wintersteel are numerous and all exciting for their own reasons. In fact, after I finished reading Unsouled, I went back and re-read most of the fight scenes from this book just so they’d stick better in my memory.

Wintersteel performs admirably in terms of knitting the reader’s understanding of this universe together. It carries the plot development by miles, and character development expands in leaps and bounds. The fight scenes are gripping and the humour is, as ever, on point. I’m not exaggerating when I say I can’t wait to see what Wight has in store for us with the next book.

Next in this Series: Cradle #9 – Bloodline
Next – Stillhouse Lake #2 – Killman Creek

One thought on “Cradle #8 – Wintersteel” 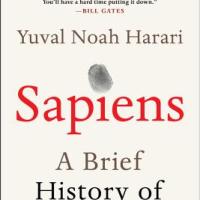 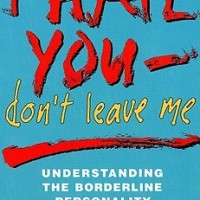